For touring bird watchers one lone species is often the number one reason to visit the Central Florida county of a 1,000 lakes. 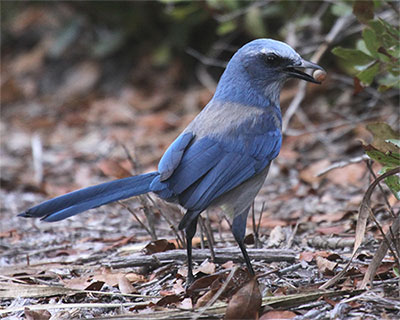 The Florida Scrub-jay is a prize sighting for visiting bird watchers. The species is found only in Florida and is limited to a number of small areas in the state that have dry, sandy soil with oak scrub trees.

The Florida Scrub-jay is a state-listed threatened species because oak scrub lands are prime areas for development. Large colonies of the jays are known in only four areas of the state - with the largest possibly in the Ocala National Forest, located in northeast Lake County.

"I think Lake County is one of the best places in Central Florida for bird watching." said Mary Remer of the Oklawaha Valley Audubon Society. "We have a good population of scrub-jays in Lake County and that is something a lot of people want to see." 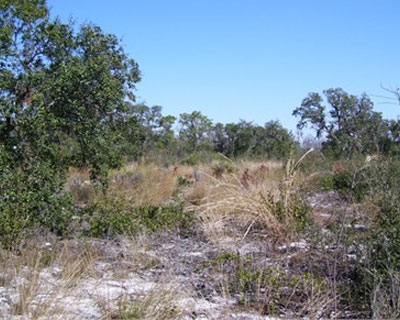 The Florida Scrub-jay is sought out by many bird watchers for other reasons than its declining numbers. The most unusual trait of the species is the young of the previous year help raise next year's brood. And according to Remer, it’s a "beautiful bird".

Remer and other Audubon Society members are hoping to add another colony of Florida Scrub-jays at the Palatlakaha Environmental & Agricultural Reserve, or as it is commonly referred to as PEAR Park, in South Lake County. The 270-acre preserve was leased by Lake County several years ago from the State of Florida and has quickly become a popular regional park for County citizens and visitors as it features the Dr. S.J. Stephany Memorial River Trail and a dog park. As part of the rehabilitation efforts of the former agriculture land, the Audubon Society is establishing about 50 acres of oak scrub land for the Florida Scrub-jay

Birders looking to spot a glimpse of the Florida Scrub-jay will certainly be interested in the Florida Scrub-jay Trail located in Clermont as well. The Scrub-jay Trail is the trailhead for a statewide, interconnected network of scrub-jay habitat, ranging from the Lake Wales Ridge to the south up to the Ocala National Forest to the north; and from Sarasota to the west and Merritt Island and Cape Canaveral to the east.